With this project, we will show little-known facts of recent history and highlight the various forms of resistance during the communist dictatorship in Bulgaria.

The report also was provided to 1989 criminalized. The workup is still difficult.
With this exhibition we want to contribute to the memory and conscience of the free world. 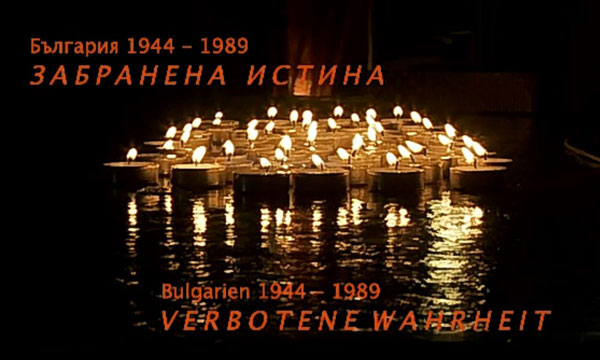 The exhibition “The Iron Curtain” was presented at the Red City Hall of Berlin at December 4, 2015 at the ceremony about the 25th anniversary of the “Memorial Library in honor of the victims of communism e. V.” 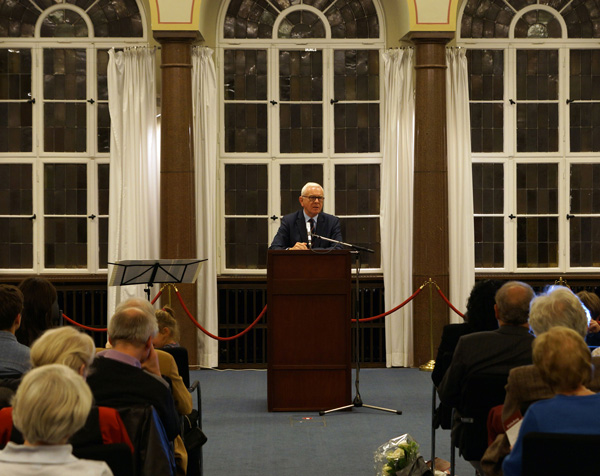 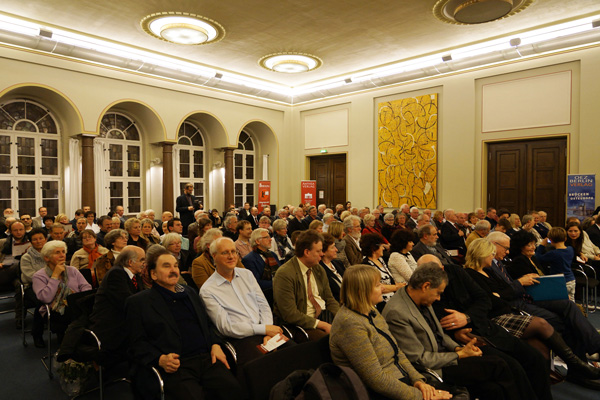 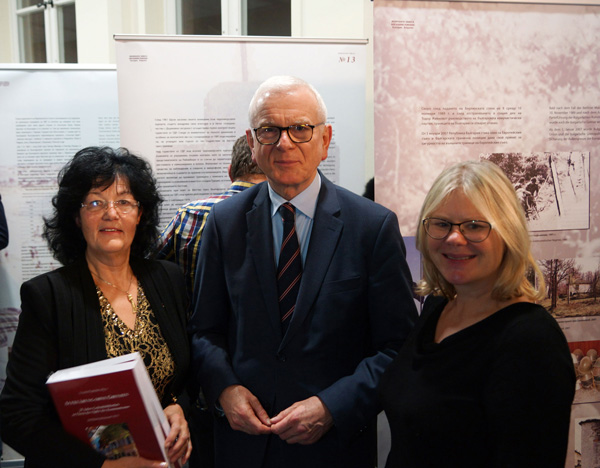 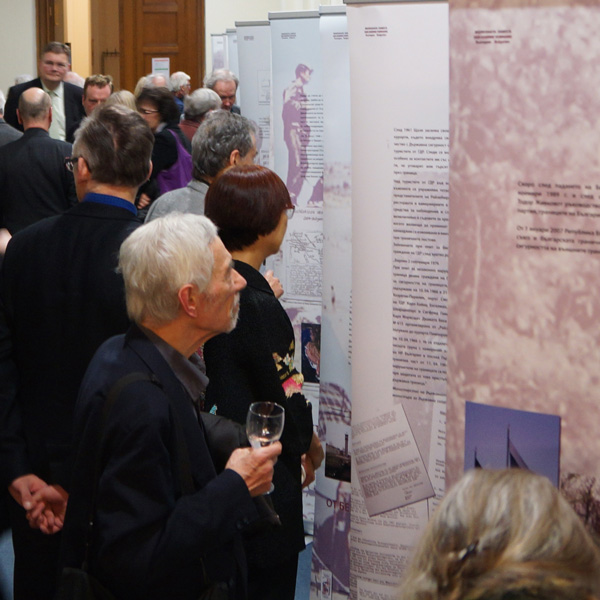 Four years after its first opening, the exhibition “Bulgaria 1944-1989 Forbidden Truth” will be presented in other Bulgarian cities.
Invited from local district administration, the exhibition will visit the towns of Pernik and Radomir. On 24 September 2015, the opening took place in Pernik, accompanied by a 3-hour dialogue with witnesses and students. The district administration has proclaimed to an essay competition among students on the topic of “Forbidden Truth”. 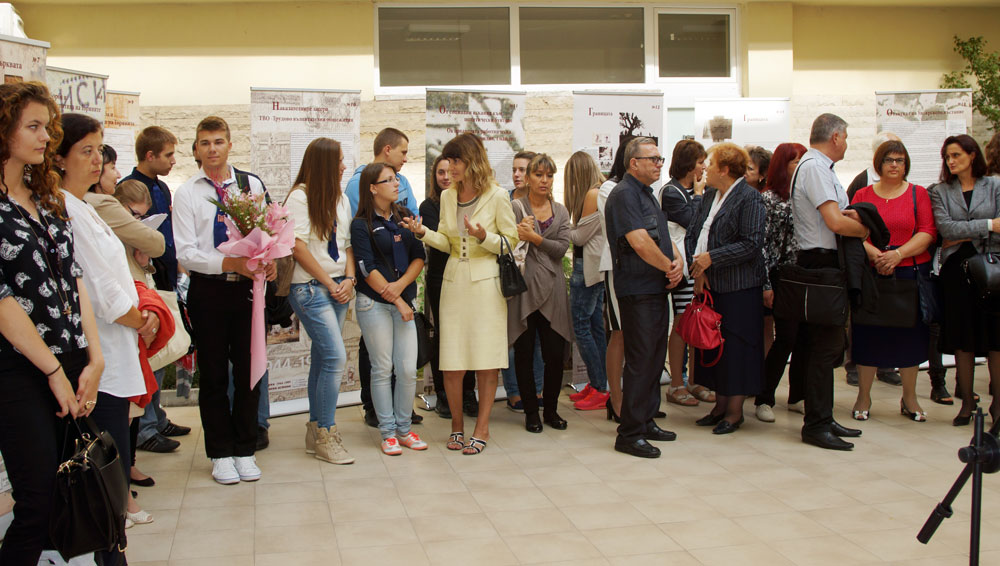 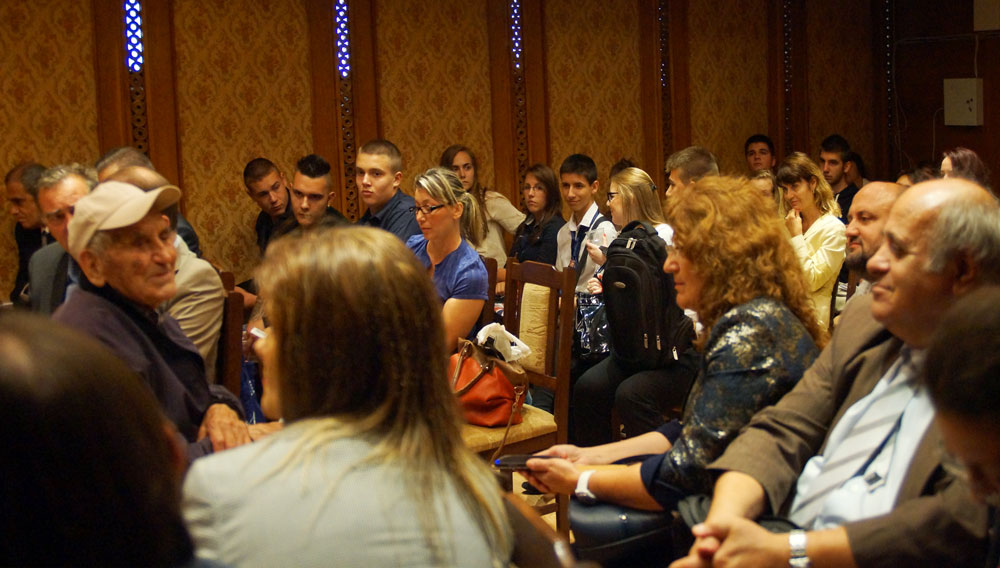 The exhibition was presented at the Bulgarian-German debate within the international conference at the European parliament in Brussels.

Speech of the President of the Republic of Bulgaria Rossen Plevneliev at the opening of the exhibition “Bulgaria 1944-1989 Forbidden Truth”
Sofia, 12th of october 2012

I hope that the message of this exhibition will get to a great number of people in many towns and in many regions, to the young as well as to the elderly and I will be only too glad to be of service to the cause. I will work to promote the setting up in the foreseeable future of a museum in memory of the victims of the communist regime in this country, a place where the young people of present day Bulgaria and the future generations will be made aware of the facts about the totalitarian state, its institutions and its State Security apparatus, the way they used to function and the decisions they used to take.

I am here with you today to tell you that you have my full support for a worthy cause. I also realize that it is our duty and our responsibility to address ourselves to the young people of Bulgaria and to assure them that we can face the future without concealing or distorting the truth about the past. We know that a people can only have a future if they respect their past and are proud of it.